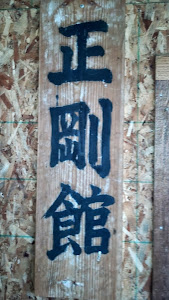 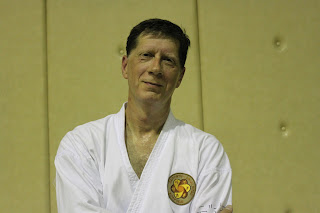 Oregon Roppokai was formed in 1996 by Desmond Harpster and his senior student Dean Loganbill.  We are also named Pacific Northwest Daitoryu Aikijujutsu Roppokai Oregon.  Okamoto Soshi has designated our group as a Seigo Kan.  Our school follows the strict rules and guidelines laid out by the home school in Tokyo Japan and overseen by Okamoto Seigo Soshi.

Desmond Harpster.  I  moved to Okayama Japan for employment July 1990.  In the fall of 1990 I joined Roppokai and began studies.  I trained with the Okayama group and began to experience training from Okamoto Sensei when he came to Okayama or when I visited Tokyo.  In 1993 I  received Shodan and in 1994 I moved back to Oregon.   About once a year I would travel back to Okayama and Tokyo to study Roppokai.  Around 1997 my training was exclusively at the Tokyo home dojo (hombu) under the direction of Okamoto Sensei.  In 2002 I received Nidan.  In 2009 I received Sandan.  In 2016 I earned Okugi Sandan.  I continue to return to Hombu almost annually for training.  Oregon Roppokai along with Texas Roppokai also sponsors a US seminar about every other year and is open to all Roppokai members.

My other martial arts training:
Prior to Roppokai training I studied Shobyashi Shorinryu Karate Do under John Murphy Sensei.
While I lived in Okayama Japan I began studies in Eishinryu Iaido under Fujiwara Masahiro Sensei.  I continue to study Iaido in Tokyo and infrequently with the kind permission of Dr. Glenn Stockwell Kacho.  I am also a member of and train with Japan Karate-Do Ryobu kai.